Why a Martian Marathon?

Because They're Our Planetary Neighbor (duh!)

We are, as you read, racing toward Mars at a speed ~40 times faster than a commercial jet (keep hands and feet inside the vehicle at all times) which means our Martian friends are getting bigger by the second. 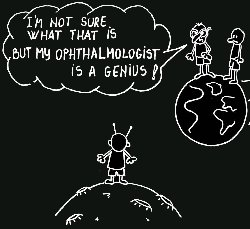 Very soon, when we're closest together, they will outshine everything in the night sky (except Venus and the Moon) and the we (Vegas in particular) lights up the Martian sky like a thousand beautiful sunsets. 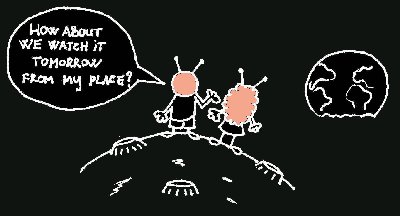 FYI: Since you started reading this, you're another 97 miles closer to the reunion, so hang in there as we're about to tell you the good part.

Why a Martian Marathon? Why you ask?

Because running with a friend is what it's all about.

How are we running with our Martian neighbors? It's simple orbital mechanics, something we runners too can relate to! Think about it ... we're here on Earth and they (our closest neighbors) are over there, on Mars. 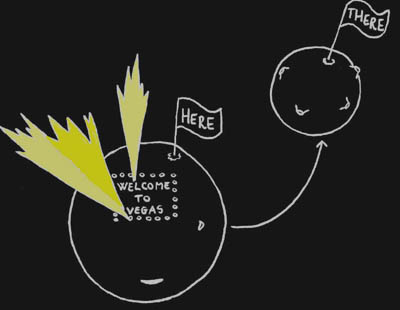 Ok, so we're on this really fast track, with lanes that nerdlies refer to as planetary orbits. We Earth-folk, running fast on the inside lane, can finish the course in 12 months. You know that part.

Slow and steady, our Martian friends plod along an outside lane like some "masters division" ultra trail runner, taking twice as long to get to the finish line -- all the while telling everyone how far they can go. 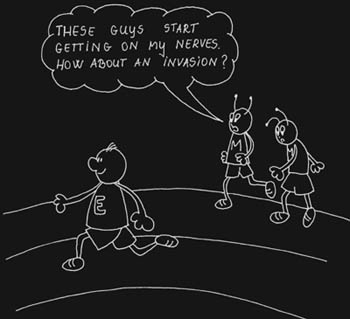 Here's the good part ... Every two years, we get the incredible joy of lapping our large-headed neighbors, giving us a chance to engage in some good-natured, in-your-face, intergalactic trash talk as we breeze past them.

So you get it now? We lap their sorry Martian asses every two years! In your face!

And when *exactly* do we pass them?

Bingo! Within 2 hours after the gun sounds on April 1st 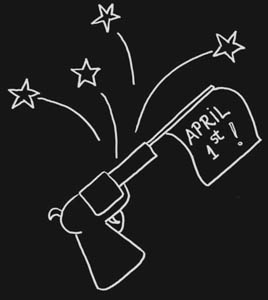 THAT is why people run the Martian Marathon ... because *nothing* gives us such a full body rush as a long run including some well-earned trash talk with close friends.

So that's about it for now ... approaching from behind, moving up really fast. But just a few hours after the gun sounds, YOU will whoosh by our neighbors, almost able to playfully elbow them to the ground as you go sail past. (by a scant 43 million miles, compared to the average 140 million)

Tip: This, by the way, is the perfect time to attempt to land a spacecraft there, or to contact friends and family as rates are lower.

Huge eyes, fat heads and notoriously slow, our Martian brothers and sisters will soon be tantalizingly close to Earth. And this is your only chance (this year) to run a race that guarantees you'll be passing billionsof other runners/creatures in the final sprint to the finish line.

It's time to kick some Martian butt and talk a little trash.